IN NOVEMBER OF LAST YEAR, the profession recognized and cel­ebrated the 50th anniversary of the founding of the American Acad­emy of Actuaries. And as I thought about that milestone, it triggered a question in my mind. That is, what did we do back in 1965 to make sure that the actuarial services being provided to our various publics were competent, appropriate, and professionally done? There were no profession-wide standards of practice, code of conduct, or disciplinary body to provide guidance and oversight to practicing actuaries. So how did the profession manage to keep itself out of trouble back then?

I like to think that it accomplished this, and the favorable reputation that it developed, by adhering to a culture that emphasized quality in the work product. We were (and we remain) a self-regulating profession (more about what that means a little later) and knew that we had to do things right. And this culture of doing things right came from the more senior actuaries and was passed down to the new actuaries as they took the exams and worked to learn the ropes. 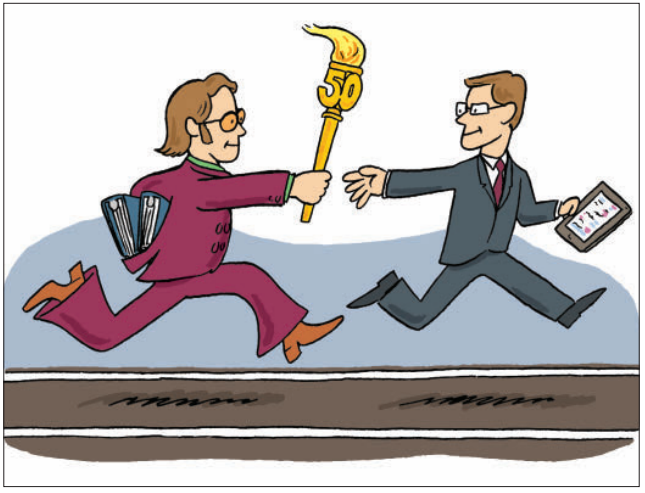 I recall the early days of my career (early 1970s) as an actuarial student at Aetna where the head of the actuarial department was Bill Weider (“Mr. Wei­de” to us). He had started the actuarial department at the company, hired and trained the actuaries, and made it clear that things were to be done according to certain standards of quality using appropriate actuarial techniques. That culture prevailed and “doing the right thing” was expected. (Note: Weider was recognized and featured in a video presentation at the Casualty Actuarial Society’s 2014 Centennial celebration and is now the oldest living CAS mem­ber). I believe that attitude prevails today in most companies, consulting firms, and other organizations that em­ploy actuaries.

Of course, things were simpler then. Most of the ratemaking for property and casualty companies was done by industry rating bureaus. Companies simply adopt­ed the filed rates or loss costs, or for some larger in­surers, filed for deviations. The products in the insur­ance markets (both life and health and P&C) were more straightforward, with many parameters (such as mortality) de­fined by statute for use in pricing and reserving. The esoteric products tied to various investment vehicles did not exist, and the long-tailed reserve li­abilities we know today (such as asbestos) were in their infancy. In short, the need to use “actuarial judgment” as a key com­ponent of many analyses was much less vital com­pared to today’s world.

Nevertheless, a culture developed among practic­ing actuaries that encouraged excellence in providing actuarial services. And I think this culture permeates the profession on a broader level as well. If you look at Precept 1 of the Code of Professional Conduct, it requires an actuary to act honestly, with integrity and competence, and in a manner to “fulfill the profes­sion’s responsibility to the public and to uphold the reputation of the actuarial profession.” Those words are very important and were written intentionally to put the emphasis on “responsibility to the public” to take precedence over the “reputation of the actuarial profession:’ And it should be noted that all of the pre­cepts, except Precept 1, make reference to “Actuarial Services” and the performance thereof. Precept 1 ap­plies to the actuary in a much broader context. In fact, Precept 1 could be said to apply to all that the actuary does-to how that individual conducts his or her life. As such, it makes doing the right thing even more im­portant to the profession.

So what does it mean to be a self-regulating pro­fession? There are certain criteria that are required in order to be recognized as a profession. These include:

And because there is no government oversight of most of the actuarial profession, we need to ensure that we are policing the activities of our membership. This is the reason we have Precept 13 of the Code, which requires actuaries to attempt to resolve the situation when they see apparent, unresolved, material viola­tions of the Code. Actuaries, because we understand what is required to do good actuarial work and are able to recognize when it isn’t up to par, are best suited to be the ones to police our peers.

And so that culture of doing things right becomes ingrained into the daily lives of practicing actuaries. Consider the following scenario. You are on a plane headed to a potential client’s office to do a presentation on a large, long-term engagement. As you settle into your seat, you overhear two actuaries from a competi­tor firm (one row back and across the aisle) discussing their strategy and presentation for the same engage­ment for the same client. Your choices are: take out pen and paper and start taking notes, or, put on your ear­phones, relax, and ignore the discussion. I believe that virtually all actuaries would take the second choice. It’s just part of our DNA.

As stated previously, one of the four cornerstones of a “profession” is the existence of a counseling and discipline body. For the U.S. actuarial profession, that body is the Actuarial Board for Counseling and Dis­cipline (ABCD), which was formed in 1992. As ABCD members, we see evidence of the culture of doing things right in the Requests for Guidance (RFGs) that come in to the board, as well as the complaints that are sub­mitted in compliance with Precept 13. During 2014 the ABCD received 90 RFGs on a wide variety of topics (for additional details, see the ABCD’s Annual Report on our website). I personally have responded to over 50 requests for guidance from actuaries in my almost six years on the board. The nature of these requests un­derscores the concept of trying to do the right thing. In many cases, the requesting actuary knows what should be done, but wants to seek confirmation and be sure that he or she hasn’t missed something. The most dif­ficult requests are often those involving Precept 13, as the discussions with the “other” actuary that Precept 13 encourages are potentially uncomfortable. Yet, as dis­cussed above, the requirements of Precept 13 are a key component of our self-regulatory structure.

So, after 50 years, the American Academy of Actuar­ies moves forward, continuing to update standards of practice, enhance qualification standards, and provide professionalism guidance to actuaries. And I believe the culture of “doing the right thing” is still strong within the profession and bodes well for our future.

JOHN M. PURPLE is a member of the American Academy of Actuaries and a fellow of the Casualty Ac­tuarial Society. He completed his term on the Actuarial Board for Counseling and Discipline in December 2015.