THE TYPICAL UP TO CODE ARTICLE is one-way communication. The author develops a theme and then summarizes its main point at the end. The only effort required by the reader is, well, to read the article. We plan to take a different approach. We will describe an issue, pose a question or two, and then ask you to respond by letter or e-mail to Contingencies. In the next issue, we’ll discuss your responses.

The Actuarial Board for Counseling and Discipline (ABCD) operates with tension between providing due process to the actuary who is the subject of an inquiry and protecting the public (e.g., clients, stockholders, policyholders, plan participants, employers, taxpayers, etc.). Its current Rules of Procedure (available online at http://www.abcdboard.org/ publications/procedure/rules.pdf) provide the subject actuary with substantive due process, allowing him or her considerable opportunity to rebut a complaint.

If the ABCD determines that the subject actuary has materially violated the Code of Professional Conduct and recommends discipline, the bylaws of the subject actuary’s membership organization offer further due process during the discipline and appeals process (which can, and often does, take over a year).

One potential downside of this due process is that the subject actuary can continue to practice as an actuary, even if his or her actions may be harmful to the public. In some instances, the public may be relying on actuarial services that do not satisfy one or more precepts of the Code of Professional Conduct. Another potential downside is that the system can be manipulated by an actuary who repeatedly challenges procedures and requests delays, thereby further extending the process. Here’s the first question for you:

Does the current actuarial discipline process appropriately balance the need to observe due process and protect a subject actuary who might be falsely accused with the need to protect the public? If not, which protection should take priority over the other? 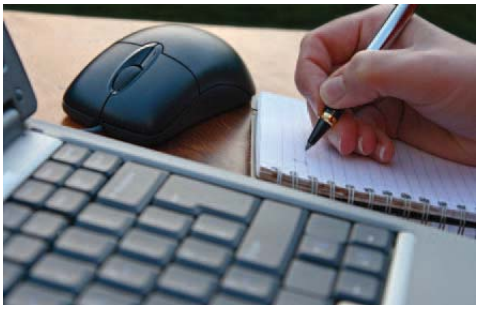 Pending the Outcome of Litigation Suppose that the subject actuary is involved in civil or criminal proceedings related to the basis of the complaint filed with the ABCD. In this instance, he or she can request that the ABCD suspend its process during the trial (and occasionally during appeals). The ABCD often grants such requests.

There are a couple of reasons that an actuary would request a suspension:

Suspending the disciplinary process can also benefit the ABCD:

However, appeals can take years. Lengthy appeals, along with other delays, resulted in the penalty of expulsion being applied in one case more than 10 years after the violation occurred.

Our question for you:

The ABCD process focuses on potential material violations of the Code of Professional Conduct, while criminal and civil proceedings focus on violation of the law or commission of a tort. Under what circumstances, if any, should the disciplinary process be suspended pending the outcome of legal proceedings? If such circumstances exist, should the suspension continue while the subject actuary appeals a verdict?

The ABCD maintains confidentiality throughout its process and can’t con- firm or deny whether a complaint has been filed against an actuary, either currently or in the past. This confidentiality continues after the ABCD recommends discipline to a membership organization. No one (other than the complainant, persons informed by the subject actuary, and witnesses questioned by the ABCD investigator) knows whether an actuary has been through the ABCD process until the membership organization concludes its process, and then only if the decision calls for public discipline (i.e., a public reprimand, suspension, or expulsion).

Here’s a connected series of questions:

Suppose the subject actuary has been convicted of fraud or another felony in a high-profile (nationally publicized) case. Should the public know, after a high-profile conviction, if he or she is involved in ABCD disciplinary proceedings? If so, how would you define “high profile?” Should the ABCD keep its proceedings confidential in a high-profile case until it has made its recommendation to the membership organization or beyond that point (i.e., until all membership organization appeals have been exhausted)?

Let’s say that in a particular case the ABCD concludes that a material violation of the Code of Professional Conduct occurred and recommends a public reprimand. The ABCD’s recommendation typically reflects its institutional memory of previous similar cases. However, the disciplinary committee of a membership organization, whose members very likely have little or no experience on similar cases, must proceed without the benefit of the ABCD’s considerable expertise.

Let’s say the disciplinary committee decides that a private reprimand is appropriate. The subject actuary can appeal that finding to the organization’s appeal panel, which can either affirm the decision or change it. Thus, the actual discipline could be different not only from that which was recommended by the ABCD but also from the membership organization’s initial determination.

In this process, there’s no guarantee that the subject actuary’s membership organizations will follow the ABCD’s recommendation or reach the same conclusions among themselves. Thus, in our example, one organization might affirm the ABCD’s recommendation of a public reprimand, another might reduce the penalty to a private reprimand, and a third might dismiss the case. This isn’t just a theoretical issue—disparate decisions by different organizations (based on the same record from the ABCD) have occurred in the past.

This question is open-ended:

How should the level of discipline be determined?

Actuaries and the public discover that a subject actuary is publicly disciplined when his or her membership organization publishes a notice about the discipline in its newsletter. These notices (known as tombstones) have typically been brief and limited to the name of the subject actuary, the precepts and actuarial standards of practice that were violated, and the level of discipline.

How much detail should the membership organization publish about cases involving public discipline (public reprimand, suspension, or expulsion)?

The Council of U.S. Presidents (CUSP), a committee of the Academy’s Board of Directors composed of the presidents and presidents-elect of the five U.S.-based actuarial organizations—the Academy, the American College of Pension Actuaries, the Casualty Actuarial Society (CAS), the Conference of Consulting Actuaries, and the Society of Actuaries—has been studying the issue of discipline within the profession.

As part of that exploration, CUSP has proposed a revision to the current process that would effectively replace separate hearings before various member organizations with a single hearing before a disciplinary panel whose members have been selected by the ABCD from a pool appointed by the five member organizations. The pool would be sufficiently robust so that, in most cases, the disciplinary panel would be composed of a majority of actuaries with membership in each of the organizations to which the subject actuary belongs.

For example, if the panel is composed of five members and the subject actuary belongs to the CAS and the Academy, at least three of the panel must be CAS members and at least three must be Academy members. Obviously, in this case, at least one person would need to be a member of both the CAS and the Academy. Instead of separate hearings being held by each organization, each of those organizations would have a majority presence on the single disciplinary panel. From the point of view of the member organizations, its members would have substantial involvement on the decision as to whether the subject actuary should be disciplined.

Under the proposed process, the ABCD would continue to receive complaints, investigate as needed, and either dismiss, counsel, or recommend that the case proceed to a disciplinary hearing. The subject actuary would have the opportunity to appear at an ABCD hearing as part of this process, unless he or she and the ABCD mutually agree to waive that hearing. At the disciplinary hearing, representative(s) of the ABCD would:

The disciplinary panel would receive a written record of ABCD proceedings, including a transcript from the ABCD hearing. The panel would also question the subject actuary and the ABCD investigator.

The proposed process allows the subject actuary to appeal a disciplinary panel decision. The appeals panel would be selected by the ABCD and drawn from the same pool from which the disciplinary panel was chosen (not using members who had already served on the disciplinary panel). The same rules for the panel’s makeup would apply (majority membership from each of the subject actuary’s membership organizations). Appeals would be limited to procedural matters. If truly new evidence is introduced that wasn’t reasonably available before or during the original hearing, or if the appeals panel determines that a procedural error did occur, it would then remand the case to the original disciplinary panel. If the ultimate decision is suspension of membership for more than two years or expulsion, each member organization would have the right to reduce the penalty (but not for less than a two-year suspension).

Does it appear that the proposed process is more efficient and more apt to result in uniform discipline across the profession? What are the potential downsides to this proposed process?

Operators Are Standing By

The current disciplinary process has evolved over time and can certainly be improved. However, any change must be carefully considered, as the preceding series of issues and questions indicates.

CUSP has invested a great deal of time and energy developing this proposal. Now CUSP and the ABCD are asking you to provide your input and reactions by responding to the questions we pose in this article. This is your chance to be an important part of the process. You can e-mail your responses to Contingencies Editor Linda Mallon (mallon@actuary.org ) or mail them to her at American Academy of Actuaries, 1850 M Street, NW, Suite 300, Washington, D.C. 20036. She’ll be sure to pass them along to us.

ROGER HAYNE is president of the CAS and a member of CUSP. ROBERT RIETZ is a member of the ABCD.