Each of the four primary areas of actuarial practice (casualty, health, life, pension) is represented by at least two members of the ABCD.

ABCD’s members are appointed to three-year terms by a Selection Committee, established in the Academy bylaws and chaired by the Academy President. 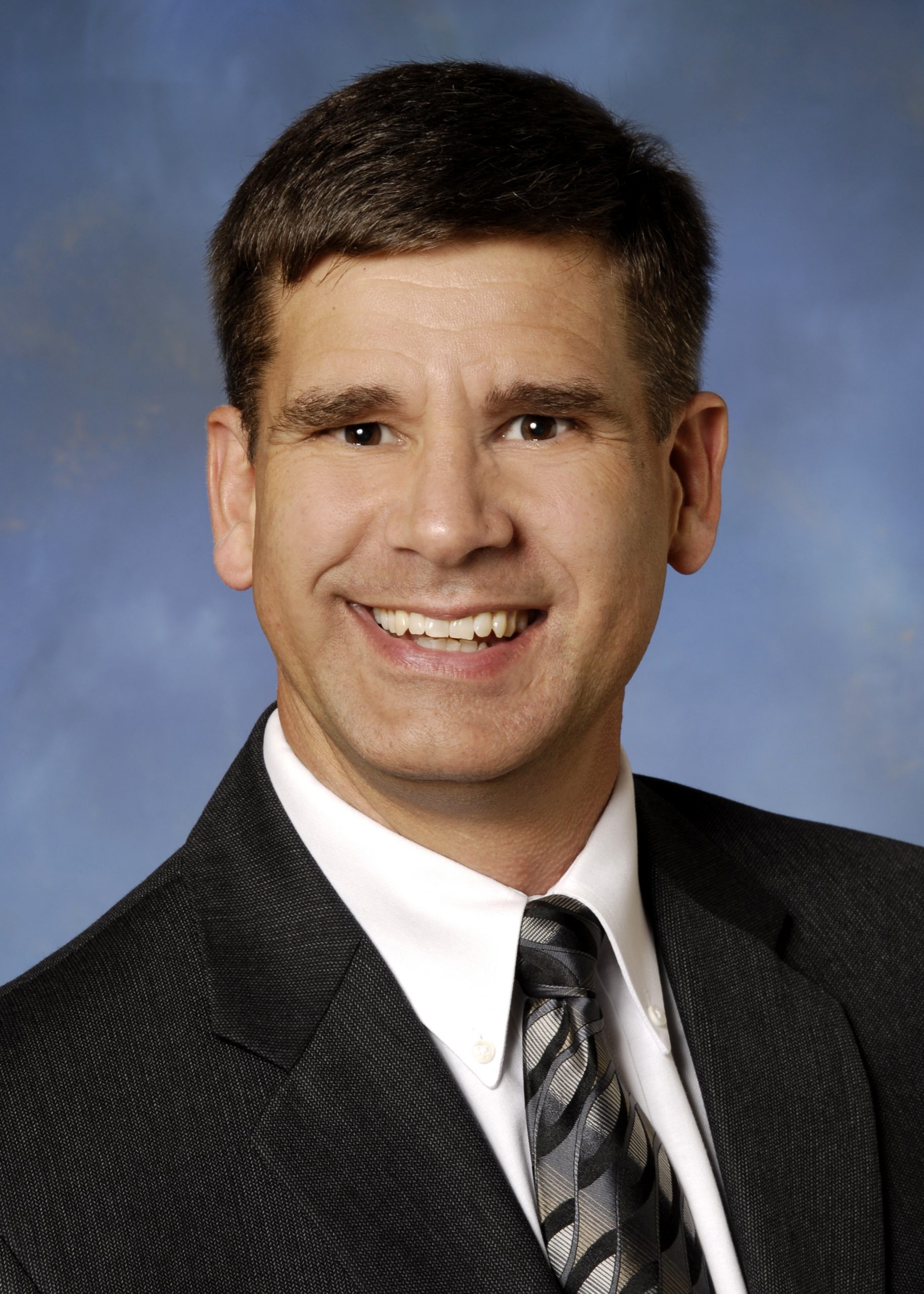 John Schubert is a Specialist Leader and health actuary for Deloitte Consulting, LLP and has over 40 years of actuarial and consulting experience with his focus being retiree health and welfare benefits. John has served eleven years on the Board of Directors of the Conference of Consulting Actuaries, including President (2013-2014) and ten years on the American Academy of Actuaries Board of Directors including Vice President of Health (2002-2005) and Treasurer (2009-2012). He has also served on the International Actuarial Association’s Health Committee since 2013 and for six years as a Trustee of The Actuarial Foundation and is now an Emeritus Trustee. John is a distinguished alumnus of the University of Wisconsin-Fox Valley and he holds a Bachelor of Business Administration degree in actuarial science and risk and insurance from the University of Wisconsin–Madison. John is a Fellow of the Conference of Consulting Actuaries, a Member of the American Academy of Actuaries, an Associate of the Society of Actuaries and a Certified Employee Benefit Specialist. 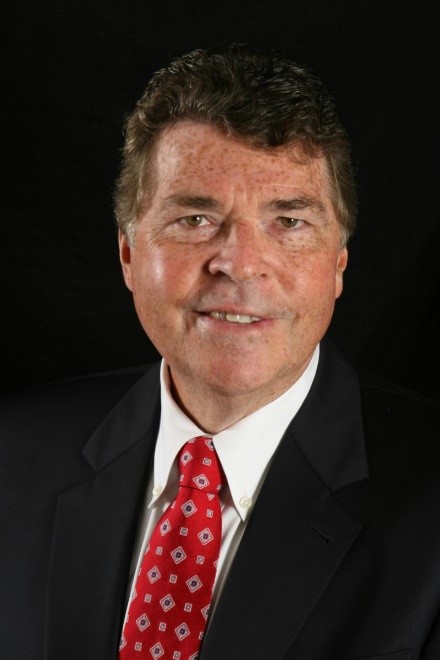 Albert J. Beer serves as an Assistant Professor and member of the faculty of St. John’s University’s School of Risk Management and Actuarial Science at the Peter J. Tobin College of Business. He presently holds the position of The Michael J. Kevaney / XL Visiting Professor Of Insurance and Actuarial Practice, The School of Risk Management, Insurance And Actuarial Science. In this capacity, Professor Beer teaches courses on both the graduate and undergraduate levels. Before joining St. John’s in 2006, Mr. Beer retired as President of American Re-Insurance Company’s Strategic Business Units. In that role he was responsible for all the Underwriting and Marketing functions of American Re’s risk bearing entities including Direct Treaty, Direct Facultative, American Re Credit and Surety, American Re Broker Market, and Munich-American RiskPartners. He also served as Executive Vice President of American Re Corporation, as Chairman, President and CEO of American Alternative Insurance Company and as Chairman, President and CEO of the Princeton Excess and Surplus Lines Insurance Company. Prior to joining American Re (now Munich Re America) in 1992, Mr. Beer was Chief Actuary and Director of Alternative Risk for the Skandia America Group, where he established a reputation as an internationally recognized expert in the development of the Alternative Market. From 1984 to 1989, Mr. Beer was a Partner with the consulting firm Tillinghast, a division of Towers, Perrin and held various management positions in the Actuarial and Risk Management Practice Areas. Between 1976 and 1984, he held the position of Professor of Actuarial Science at The College of Insurance, where he was voted Professor of the Year three times.

Mr. Beer is Phi Beta Kappa graduate of Manhattan College where he earned a Bachelor of Science degree in Mathematics and received a Masters of Science degree in Mathematics from the University of Colorado. He is a Fellow of the Casualty Actuarial Society, and has served as the Society’s President. He has also been a member of the Board of Directors of the American Academy of Actuaries and has served as Chairman of the Actuarial Standards Board, the entity responsible for promulgating standards of practice for the actuarial profession in the United States. Currently, Mr. Beer serves as a Trustee Emeritus on the Board of The Actuarial Foundation, a philanthropic organization, sponsoring research, education, and communication initiatives designed to utilize actuarial talent to address societal issues. He also currently serves on the Board and as Audit Committee Chair of two Insurance companies, Aspen Bermuda Holdings and United Educators. 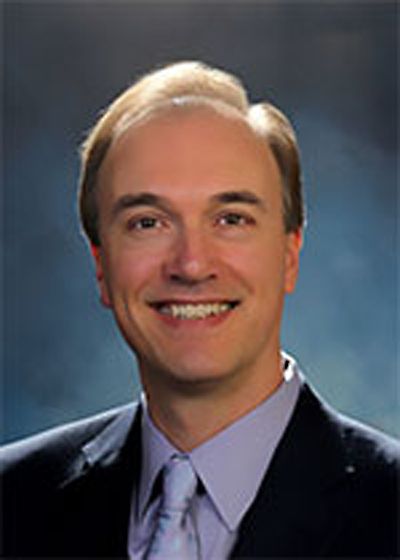 William is a Principal and Consulting Actuary with the Boston office of Milliman, Inc. He has consulted extensively on financial reporting issues involving IFRS, U.S. GAAP, and regulatory accounting issues. He has served as appointed actuary for several life insurers in the United States, Bermuda and the Cayman Islands. Prior to joining Milliman, William worked at John Hancock Life Insurance Company in Boston. William has served in volunteer leadership positions with the American Academy of Actuaries and the International Actuarial Association, and has served on the International Accounting Standard Board’s IFRS 17 Transition Resource Group, the International Auditing and Assurance Standards Board’s Consultative Advisory Group and the Insurance Policy Advisory Committee of the Board of Governors of the Federal Reserve. William holds a Bachelor of Business Administration degree in finance from the University of Massachusetts at Amherst. 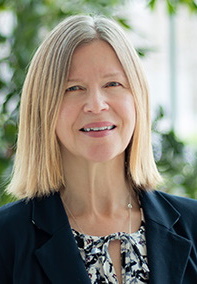 Shawna Ackerman is the Chief Risk and Actuarial Officer of the California Earthquake Authority, a quasi-governmental instrumentality of the state which provides residential earthquake insurance to more than 1,000,000 California households. In this capacity she oversees the ERM program and actuarial functions.

Shawna was a founding principal of Pinnacle Actuarial Resources, Inc., in San Francisco, California from 2002 – 2010. At Pinnacle she provided litigation support and expert witness testimony to insurance companies and financial institutions and provided reserving, legislative costing, pricing, and product development support to numerous clients. She began her insurance career at the California Department of Insurance. At the Department, she was responsible for evaluating ratemaking formulas and procedures for most property and casualty lines of insurance; providing expert witness testimony and other litigation support in Administrative Hearings related to Proposition 103 matters.

Shawna is a member of the American Academy of Actuaries (AAA) and Fellow of the Casualty Actuarial Society (CAS.) She is active in the actuarial profession having previously served as the Co-Chair of the AAA Extreme Events Committee, as Vice President, Casualty Practice Council and as its President from 2018-19. She has also served as a member of the Casualty Committee of the Actuarial Standards Board and the General Committee. She recently chaired the Catastrophe Modeling Task Force which was charged with drafting actuarial standards of practice for using catastrophe models in actuarial work. She has also served as a member of the CAS Board of Directors. 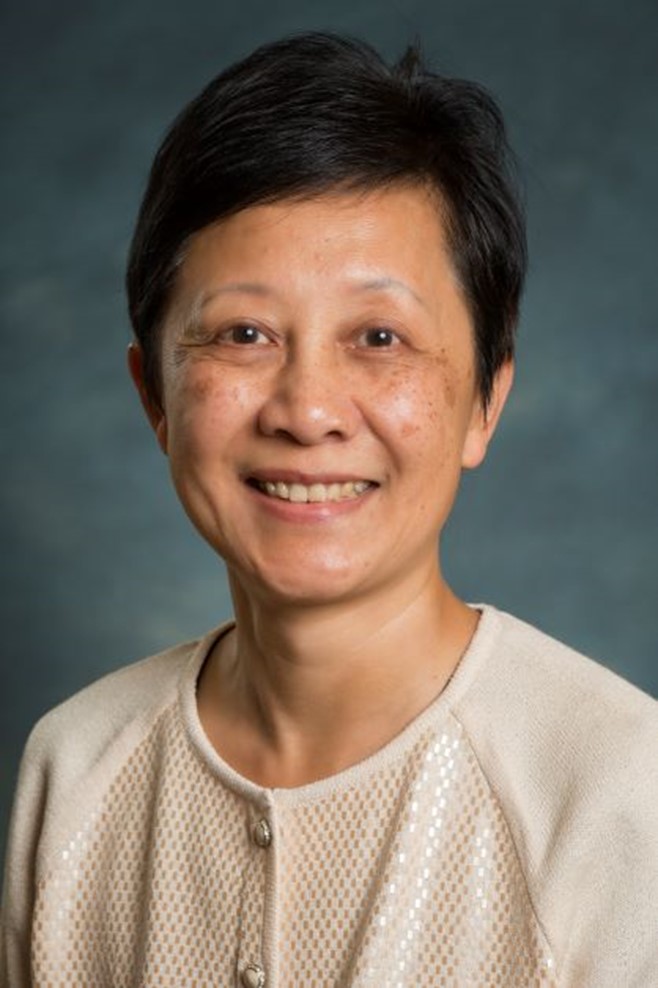 Prior to her retirement, she worked part-time as an independent actuarial consultant specializing in strategic planning, healthcare reform/policy analysis, product development, and financial forecasts.  Prior to starting her private practice, she was the VP & Actuary with Wellpoint Health Networks (now Anthem), one of the nation’s largest managed care companies.

April has served on the American Academy of Actuaries Board of Directors as well as many of the Academy’s healthcare committees and workgroups. She also served as the Chairperson of the International Actuarial Association Health Section from 2014-2018. April holds a Bachelor of Science degree from the University of Illinois, Champagne/Urbana. 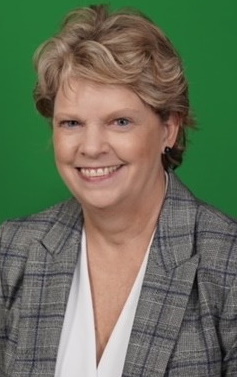 Ms. Dixon was a Vice President and Actuary at Segal. She has over 30 years of consulting experience working with pension plans for all types of employers, and of varying sizes, with participants ranging from highly compensated, professional or creative personnel to lower-paid seasonal workers. Ms. Dixon is the former manager of Segal’s actuarial department in Los Angeles where she oversaw the actuarial services for pension clients of the Los Angeles, Phoenix and Denver offices. Ms. Dixon was a member of Segal’s Actuarial Manager’s Committee, which is responsible for developing policies pertaining to all actuarial work performed at the firm. She performed actuarial valuations on behalf of public sector plan sponsors and prepares GASB 67/68 calculations. In addition, Ms. Dixon worked to navigate retirement plan issues with labor and management representatives engaged in the collective bargaining process and has extensive experience with compliance issues and legislative processes. Ms. Dixon retired from Segal in July 2021. She continues to work as an independent consultant assisting clients to navigate retirement plan issues.

Ms. Dixon has a BA in Mathematics, with a minor in Economics, from Southern Illinois University. She is a Fellow of the Society of Actuaries, a Fellow in the Conference of Consulting Actuaries, a Member of the American Academy of Actuaries and an Enrolled Actuary. From 2014 through 2019, she was a member of the Pension Committee for the Actuarial Standards Board, developing standards for actuaries working in the pension area.

Ms. Dixon was elected a member of the National Academy of Social Insurance (NASI). She has previously served on the Society of Actuaries (SOA) Pension Section Council, the SOA Education and Examination Committee for pension exams and the joint SOA/Casualty Actuarial Society (CAS) Minority Recruiting Committee. 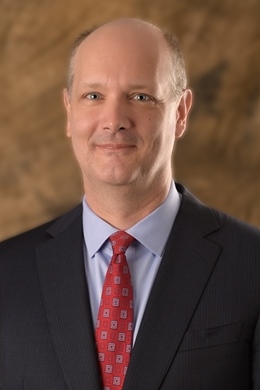 David has served as an actuary for both public and private sector U.S. pension plans.  David has also taught in the actuarial mathematics program at the University of Michigan.

From 2017 through 2022, David served as a member of the Pension Committee of the Actuarial Standards Board, which responsible for the drafting and preparation of Actuarial Standard of Practice (ASOPs) applicable to pension actuarial work in the United States.  David served as chair of the Pension Committee from 2021 to 2022 and oversaw the completion of the significant updates to ASOP Nos. 4, 27, and 35.  David serves as chair of the Task Force for updating ASOP No. 6.

David holds a BA from Kalamazoo College and a PhD from the University of Michigan. 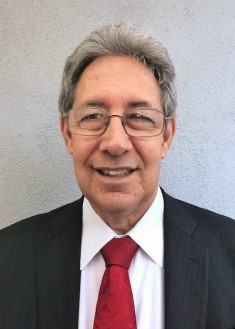 Rickard D. Kutikoff is President of Pacific Benefit Services. He has 40 years of consulting experience including plan design, actuarial, compliance, administration, IRS audits, and pension accounting matters for retirement plans of organizations ranging from small businesses to Fortune 500 companies. He served for four years as an officer and five years on the Leadership Council of ASPPA College of Pension Actuaries (ACOPA) and ten years on the Advisory Committee to the Joint Board for the Enrollment of Actuaries. He is a past member of the American Academy of Actuaries’ Pension Accounting Committee. He is a frequent speaker at ACOPA conferences on plan design, pension accounting, ethics and professionalism. He is a Member of the American Academy of Actuaries, a Fellow of the Society of Actuaries, a member of ASPPA, a CFA charter holder and is an Enrolled Actuary. He is a Phi Beta Kappa graduate of State University of New York at Stony Brook with a B.S. in Mathematics and a Masters in Applied Mathematics, and has an MBA from UCLA. 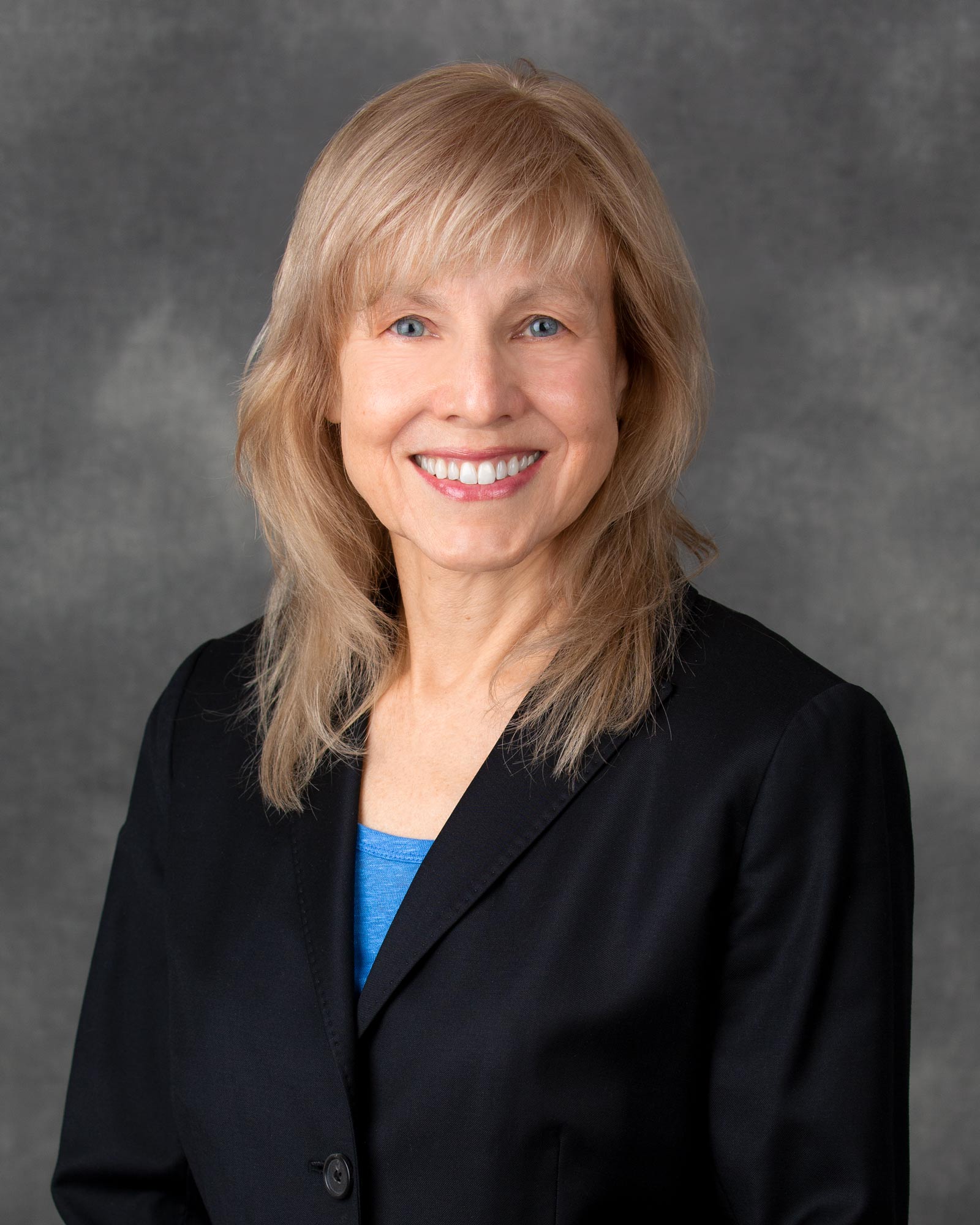 Cande Olsen is a vice president with Actuarial Resources Corporation of Georgia, where she consults on individual life, annuity, and long-term care regulatory actuarial and compliance issues. Previously, she was with New York Life Insurance Company, where she held a wide variety of actuarial positions, most recently in the Government Relations area.

During her career, Cande has been very involved in American Academy of Actuaries volunteer work. She recently completed a six-year term with the Actuarial Standards Board. Cande has also been a member of the Academy’s Council on Professionalism and was recently appointed to the Council’s new Committee on Education that was formed to support the Academy’s future educational efforts.  She is a frequent speaker on professionalism issues for both the Academy and local actuarial clubs.

Cande was also recently appointed to the Board of Trustees of the Actuarial Foundation.

Cande holds a Bachelor of Arts degree in Mathematics from Williams College.  She is a Fellow of the Society of Actuaries and a Member of the American Academy of Actuaries.