WHAT ARE YOUR RESPONSIBILITIES for complying with the Code of Professional Conduct when you offer expert testimony about another actuary’s work?

Several precepts may apply when an actuary provides expert testimony­ particularly Precept 13, but also Precept 1, Precept 3, Precept 8, and Precept 9. There are also Actuarial Standards of Practice (ASOP) that may apply, includ­ing ASOP No. 17, Expert Testimony by Actuaries, and ASOP No. 41, Actuarial Communications.

Precept 13 requires, in part, that an actuary who knows of an apparent, un­resolved, material violation of the Code of Professional Conduct by another ac­tuary should consider discussing and resolving the violation with the other actuary. If no effort is made, or the dis­cussion isn’t successful, the actuary then should report the violation to an appro­priate counseling and discipline body of the profession-such as the Actuari­al Board for Counseling and Discipline (ABCD). The only exception is when such a disclosure would be contrary to law or would reveal confidential infor­mation. Annotation 13-2 in the precept further states that an actuary isn’t ex­pected to discuss a violation with the other actuary if either is prohibited by law from doing so or if he or she is in an adversarial situation with the other actu­ary ( which is often the situation in expert testimony cases).

ASOP No. 17 applies to actuaries when they testify as actuarial experts at trials, in hearings or arbitrations, in depositions, or by declaration affida­vits. The opening paragraph of Section 3 specifically brings in the Code of Pro­fessional Conduct: Actuaries should act honestly, with integrity and compe­tence, and in a manner that fulfills the profession’s responsibility to the public (Precept 1), and should take reasonable steps to ensure that their testimony isn’t used to mislead others (Precept 8). 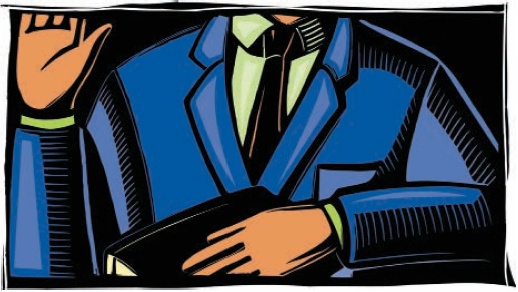 An actuary also must carefully review his or her responsibilities under Precept 9, regarding disclosure of confidential information as defined in the Code of Professional Conduct. An Illustrative Scenario Consider Company A, which three years ago acquired the long-term care insurance (L TC) line of business from Company B. Company B had used ac­tuary Jethro to develop and opine on the actuarial reserves and to develop an actuarial appraisal value of its LTC business. Three years after it acquired Company B’s LTC business, Company A experienced extensive claim losses on that business, particularly on claims in­curred before the date of acquisition.

Company A believes that Company B misrepresented its information, provid­ed inaccurate data on claims reported, and had Jethro use aggressive actuarial assumptions in developing the claim reserves and valuing the block of LTC business. As a result, Company A sued Company B for recovery of those losses and retained actuary Ziva to review the calculations performed by Jethro. Ziva’s contract with her principal contained a confidentiality agreement that precluded her from discussing any aspect of the case with other parties. The contract didn’t include any confidential­ity requirements extending beyond the case’s final settlement date.

Ziva’s princi­pal and the principal’s attorney, as part of their legal strategy, strongly encouraged her to accuse Jethro of violating the Code of Professional Conduct, since it could enhance the principal’s legal position. Ziva stated in her report that-in her opinion-Jethro had made major mis­takes in his analysis of the data and in setting actuarial assumptions to establish reserves on open claims. She also stated that he had used unsupported aggressive discount rates and recovery rates that resulted in a material understatement in open claim reserves. As a result, she wrote, he had materially overstated the value of Company B’s LTC business. In her report and subsequent depo­sition and testimony, she further stated that-in her opinion-Jethro violated several precepts of the Code of Profes­sional Conduct and didn’t comply with applicable standards. She provided al­ternative assumptions and results to support her opinions and conclusions.

In this scenario, what are Ziva’s re­sponsibilities under Precept 13? How long can she use confidentiality as a reason not to act as required by the pre­cept? At what point can she consider an apparent material violation of the Code of Professional Conduct to be resolved? Does she need to report it to the ABCD, and, if so, when?

Many actuaries who serve as expert wit­nesses believe that confidentiality relieves them from the obligation under Precept 13 to report the opposing actuary to the ABCD. In fact, the contractual agreement (verbal or written) between an actuary and the principal typically provides for client confidentiality throughout the proceed­ings. But what about after the case has been adjudicated? Some actuaries believe that the requirement of confidentiality extends beyond the date of settlement ­basically, in perpetuity.

I discussed these matters with an actuary who is credentialed in several North American actuarial organizations, has more than 25 years of experience in the profession, and has served more than a hundred times as an expert witness­ for both corporate and public entities and in most practice areas. We agreed that confidentiality must be maintained when the court issues a permanent in­junction protecting the confidentiality of information and testimony that have been presented in the case. We also agreed that confidentiality would apply if the principal insisted that its expert witness not disclose any information at any time. This would include reporting any potential violation of the Code of Professional Conduct to the ABCD.

A judge’s ruling is a legal opinion
on legal issues, not a ruling on whether an actuary has complied with the Code of Professional Conduct.

But confidential information is defined in the Code of Professional Conduct as information that’s not in the public domain, and information from most court cases-including hearing transcripts, rulings, and expert witness reports-is available publicly. As a result, such information is no longer confiden­tial, even if some aspects of the case remain confidential.

Under Precept 13, an actuary at that point should try to resolve the apparent material violations with the other actu­ary, contacting the ABCD if that course proves impossible. (It may be prudent for the actuary to clear this with his or her principal to make sure the principal doesn’t have any expectations about on­going confidentiality.)

As to the issue of when an apparent material violation of the Code of Pro­fessional Conduct is considered to be resolved, some actuaries believe that occurs when a judge has ruled-particu­larly if the judge has ruled in favor of his or her client. But the judge’s ruling is a legal opinion on legal issues, not a rul­ing on whether an actuary has complied with the Code of Professional Conduct.

Some actuaries also believe that if the apparent violations are in the dis­tant past and cannot be resolved (by the issuance of a revised report by the op­posing actuary, for example), they aren’t required to do anything further. This, however, isn’t in compliance with the requirements of Precept 13.

Returning to our scenario, although Ziva wasn’t allowed during the course of the proceedings to discuss the apparent material violations with Jethro, she could try to resolve them after the settlement has been finalized. One possible resolu­tion might be an acknowledgment by Jethro of his mistakes and his assurance that he has changed his procedures and methodologies to correct and eliminate any such problems in the future. If reso­lution isn’t possible, however, Ziva must report her concerns to the ABCD.

If you are in doubt or have any ques­tions regarding your responsibilities under Precept 13, seek guidance from the ABCD.

PAUL R. FLEISCHACKER, a retired insurance executive and consultant, is vice chairperson of the Actuarial Board for Counseling and Discipline. He is a fellow of the Society of Actuaries and a member of the Academy.