YOU MIGHT BE SHOCKED TO DISCOVER how easy it is to evade the Code of Professional Conduct. All an actuary has to do is produce quality work that satisfies the Code, the actuarial standards of practice (ASOPs), and the Qualification Standards.

Of course, most would describe that as complying with the Code, not evad­ing it. But a small number of actuaries sometimes will try one or more of the fol­lowing rationales as evidence that they didn’t violate the Code.

At hearings of the Actuarial Board for Counseling and Discipline (ABCD) or during discussions involving requests for guidance, for instance, actuaries have been known to say that the Code didn’t apply because they didn’t sign the report, or signed their name but didn’t use their actuarial credentials, or labeled all their reports as a draft. These actuaries also may state that while their letters includ­ed actuarial findings, the letters were intended as “business consulting” and not as actuarial reports. Or they argue that their documents weren’t actuarial reports because they didn’t contain the information that an actuarial report should contain. The ABCD most likely will disagree with these arguments.

The ABCD also has received requests for guidance asking whether the Code might not apply in a borderline situation under just the right circumstances. It’s usually fairly clear that the actuary wants to bend over backward a little too far to please a client or employer.

You shouldn’t be shocked to learn that none of these reasons will resonate with the ABCD. They are all potential mate­rial violations of the Code. Let’s examine each of these situations in more detail.

Relying on an Expert

Suppose that your physician sent you a written diagnosis on his or her let­terhead, but didn’t sign it because a computer actually generated the let­ter. You then sought expensive, painful treatment from a specialist to address that diagnosis. When the diagnosis turns out to be incorrect (and the treatment unnecessary), would you accept your doctor’s defense that he or she didn’t sign the written diagnosis?

Suppose the doctor signed the letter, but didn’t append M.D., and you sought and received the expensive, painful treatment. Would you accept your doc­tor’s defense that he or she didn’t sign it as a medical doctor? You went to the doctor because his or her education and experience qualified him or her to di­agnose your symptoms-you don’t see a tax attorney when you have migraine headaches!

Similarly, a principal selects an actu­ary because the actuary’s education and experience qualifies him or her to ad­dress actuarial issues. The principal has the reasonable expectation of being able to rely on the actuary’s analysis even if the actuary didn’t sign a report or didn’t sign it as an actuary.

A principal may tell the actuary that the draft report contains the information needed and that the actuary doesn’t need to produce a final, formal report. ASOP No. 41, Actuarial Communications, ad­dresses situations in which a report is labeled draft and is subject to review, but a final formal report is never pro­vided. According to ASOP No. 41, the draft report becomes a final report after a sufficient time in which the actuary believes the principal is relying on the draft report. Suppose that draft, which becomes a final, contains a violation of the Code or an applicable standard? The fact that the original report was a draft isn’t a viable defense under these circum­stances. The ABCD might well find that the actuary has violated the Code.

The “business consulting” situation is more nuanced, but again this argument usually fails to convince the ABCD. If the actuary believes an assumption is clear­ly unreasonable, can he or she and the client discuss ways to get an appropri­ate authority to accept the assumption? For example, ASOP No. 27, Selection of Economic Assumptions for Measur­ing Pension Obligations, and ASOP No. 35, Selection of Demographic and Other Noneconomic Assumptions for Measur­ing Pension Obligations, both address discussing the selection of pension as­sumptions with a principal. Does the actuary satisfy those standards if he or she tells the principal that an assump­tion is clearly unreasonable but then discusses how to get the Internal Rev­enue Service or an auditor to accept it? 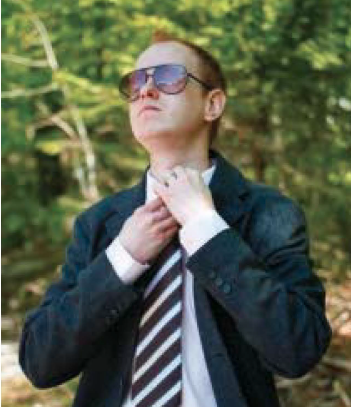 Is the discussion itself a violation of the standards, or is that just “business con­sulting”? Has the actuary violated the Code even if the final report discloses that the actuary believes a particular as­sumption is unreasonable? The principal selects an actuary to produce an actuarial communication that complies with the Code and the standards. The actuary who produces a result that’s based on an assumption that’s clearly unreasonable is doing exactly what the Code and the standards are meant to prevent.

An actuary who requests guidance from a member of the ABCD usually provides a thumbnail of the situation and explains the dilemma. The actuary and the ABCD member ask each other ques­tions, trying to understand the situation better. The whole process often lasts less than an hour.

The advice rendered with the request for guidance doesn’t give the actuary a “get out of jail free” card. During the conversation, an actuary may shade the information he or she provides, answer questions somewhat incompletely, or forget to include some relevant facts. If a complaint is filed against an actuary who has received guidance based on in­complete information, all of the missing facts and circumstances are likely to be discovered during a later investigation by the ABCD. At the same time, an actuary might follow only part of the guidance he or she received.

If you request guidance, you need to be completely open during the discus­sion. When an actuary makes a request for guidance, the advice he or she re­ceives is not a formal opinion of the ABCD but the ABCD member’s opinion. Even though the guidance isn’t official, an actuary should follow that advice.

Instead of viewing the Code, the ASOPs, and the Qualification Standards as being too confining, consider them as a bulwark against professional discipline, malpractice, or litigation. Actuaries shouldn’t try to evade the Code, but rath­er seek shelter in it.

ROBERT J. RIETZ, a fellow of the Society of Actuaries and a member of the Academy, is chairperson of the Actuarial Board for Counseling and Discipline.