BEING AN ACTUARY IN A GLOBAL ECONOMY requires a lot of diligence. And that diligence begins with the recognition that even if your passport has expired and the only foreign language you speak is pig Latin, you still are working in a global economy.

As a U.S. actuary practicing in 2011, chances are good that at some point in your career, your work product will need to meet practice guidelines set by entities other than the Actuarial Standards Board (ASB).

Precept 3 of the Code of Professional Conduct requires U.S. actuaries, when providing professional services, to en­sure that work prepared by them-or under their oversight-meets the re­quirements of applicable standards of practice. This means that in the United States, actuaries must comply with the actuarial standards of practice published by the ASB, which are intended to be binding for purposes of U.S. practice. It also means, however, that actuaries who believe that their work product will be used in Canada, for instance, must consider Canadian standards when completing the assignment.

“Practice Guidelines are educational and non-binding in nature. They repre­sent a statement of appropriate practices, although not necessarily defining uniquely practices that would be adopted by all ac­tuaries. They are intended to familiarize the actuary with approaches that might appropriately be taken in the area in question. They also serve to demonstrate to clients and other stakeholders and to non-actuaries who carry out similar work how the actuarial profession expects to ap­proach the subject matter:’ 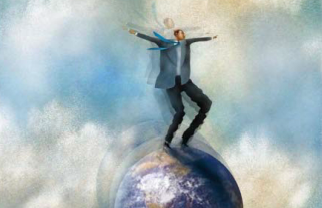 After extensive discussion, the IAA in 2008 changed its bylaws to permit the issuance of model standards of actuari­al practice that may be adopted by AA 1 member associations. The U.S. actuarial profession, represented by the Academy and members of its Council of U.S. Presi­dents (CUSP), agreed with that approach but has been insistent in subsequent dis­cussions that the IAA standards not be made mandatory. The fear is that U.S. actuaries could be subjected to interna­tional standards of practice that might conflict with U.S. standards.

The subject of international standards for actuarial practice dominated the IAA’s semiannual meeting in Vienna, Austria, in late 2010. At that meeting, the delegates from the five U.S.-based actuarial organi­zations continued to emphasize the U.S. profession’s position that any internation­al standards of practice adopted through the IAA must be model standards-exam­ples for associations or areas of the world in which few or no standards of actuarial practice exist-and that they must remain voluntary, not mandatory.

This effort gained specific impetus when the Actuarial Standards Subcom­mittee of the IAA’s Insurance Accounting Committee submitted a statement of intent for the creation of a model inter­national actuarial standard. Throughout 2010, the Academy worked on respond­ing to this statement of intent to ensure that any new model standard would be specific work related to international financial reporting standards. The Acad­emy argued that any general or generic actuarial practices (such as documenta­tion, communications, data quality, etc.) that are already covered by existing U.S. standards should be addressed separately through a different model standard. The IAA Council approved this course of ac­tion at its Vienna meeting.

Much of the work is being coordinat­ed by the IAA’s Professional Committee. A quick look at the agenda for the April 2011 IAA meeting in Sydney, Australia, indicates the scope of its evaluations.

The U.S. profession’s position is that any international standards of practice adopted through the IAA must be model standards.

The committee has produced a number of draft documents, including “Achieving a Common Understanding of the Principles of Professionalism within the International Actuarial Association;’ which was discussed in a number of venues at the Sydney meeting. The 36-page report explores the IAA’s edu­cational guidelines and regulations and proposes the following definition of pro­fessionalism: “Professionalism applies to an actuary who applies specialist knowledge and expertise, demonstrates ethical behavior in doing actuarial work and fulfills the requirements of vol­untary membership of a professional actuarial association!’

What does all this activity mean for U.S. actuaries? Several things. First, it’s impor­tant to be aware of the amount of time and effort that the U.S. profession is investing in this issue to ensure that your interests are represented on an international level.

Second, it’s vital that all U.S. actu­aries make the effort to stay abreast of standard-setting activities both in this country and abroad. There may be cir­cumstances in which more than one jurisdiction is involved or in which the jurisdiction isn’t clear. The actuary, in those cases, should strive to follow the standards of all applicable jurisdictions, which typically means following the standard that is strictest. To do that, you need to know the standards.

Third, you need to be diligent in deter­mining whether, in fact, you are practicing internationally. (You might be surprised to discover that you are.) This is not only because Precept 1 of the Code of Profes­sional Conduct requires, in broad terms, that you provide professional services with integrity and competence. It’s also because you could be opening yourself up to the risk of breaching applicable stan­dards. This could make you subject to investigation by the Actuarial Board for Counseling and Discipline or by a foreign actuarial association.

The IAA recently began producing periodic news releases with a limited distribution-mostly within the profes­sion but also available on the IAA website (www.actuaries.org). The headline on the March 17 press release was “IAA Com­mits to Global Convergence of Actuarial Standards!’ Can you see why this was the subject of the most contentious discus­sions during the Sydney meetings? Buried in the body of the release there is a sen­tence that reads, “The Council agreed that the IAA should take a firm position on actuarial standards and that it should proceed to set up an efficient internal structure and due process to complement and support the development and adop­tion of high quality model standards!’

For some of us, the fact that the head­line did not include the word “model” was significant. While most of the work of the IAA is conducted in English, it’s impor­tant to note that not all English is the same and that not all English phrases have the same meanings in different parts of the world. We developed the phrase “model standards” because we felt it was accept­able to most of the IAA constituencies. When the word “model” was omitted from the headline, it became significant.

Benjamin Franklin, who was many things but never, I believe, an actuary, still captured it best when he wrote that an ounce of prevention is worth a pound of cure.

CURTIS HUNTINGTON is a professor of mathematics at the University of Michigan in Ann Arbor. He is chairperson of the ABCD, a member of the Academy, a fellow of the Society of Actuaries, and a fellow of the Conference of Consulting Actuaries.