But what is meant by the word material? What distinguishes a material violation from an immaterial one?

The accounting profession has a similar issue in evaluating the accuracy of a financial statement. Immaterial errors may be ignored. A material error would call for restatement of the financial information and could lead to sanctions.

Quantitative tests would seldom apply to actuarial code issues. But we can use a qualitative test similar to that cited above. If an item affects the conclusion or understanding by a client or other user of an actuarial statement of opinion, that item is generally material. In addition, if something affects a client’s confidence in an actuary or in the actuarial profession, it is also generally material. 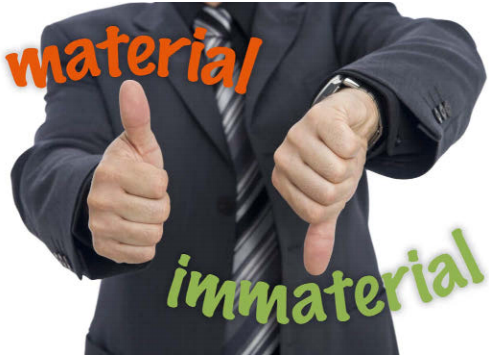 A couple of examples may help put this in perspective.

Suppose an actuary is performing due diligence for a buyer of a casualty insurance company. The brother of the actuary’s wife owns $25,000 of stock in the company being acquired. In addition, the actuary’s partner performs approximately $15,000 worth of consulting services annually for the acquired company. These circumstances would represent a conflict of interest, and therefore a violation of Precept 7 of the Code of Conduct—unless the actuary discloses the conflict to his client, the client agrees to have the actuary perform the due diligence, and the actuary believes he can do this objectively. The amounts involved, however, are sufficiently small that the violation would not normally be considered material.

As a second example, several Actuarial Standards of Practice (ASOPs) allow an actuary to consider materiality. Among them is ASOP No. 27, Selection of Economic Assumptions for Measuring Pension Obligations. This standard says: “The actuary is not required to use a type of economic assumption or to select a more refined economic assumption when it is not expected to produce materially different results.” An actuary might consider this to justify using a single compensation scale rather than differing scales for each class of participants.

For another example, suppose an actuary is quoted in a newspaper as saying, “An actuary valuing a pension may make any interest assumption he chooses, and therefore may achieve any result he wants.” If the quotation was accurate, this would represent a violation of Precept 1 of the Code of Conduct. If the article ran in a local newspaper and was not reprinted elsewhere and if little attention was paid to it by the public, it might represent an immaterial violation. To the extent it was used by the public and the media, it would be a material violation.

Here, as in many other situations, repeating an immaterial violation one or more times might make the violations material. Among other things, it would indicate a pattern of behavior on the part of the actuary.

A problem with qualitative examples is that the materiality test often is applied in retrospect. As circumstances evolve, materiality may be judged in relation to the changed circumstances, not those circumstances that applied at the time the professional services were performed. In the case of an accountant preparing or auditing a financial statement, adverse events subsequent to the publishing of the financial statement could lead to an item originally considered immaterial becoming material and causing problems for the accountant and his client.

In the example of the actuary performing due diligence, if adverse development of the acquired company’s reserves led to the acquisition turning out to be unattractive to the buyer, the actuary’s work may be subject to criticism, even though it may have been conducted appropriately. Under these circumstances, the actuary’s conflict of interest may be identified and used to impugn the professional conduct of the actuary—notwithstanding its apparent immateriality at the time the service was performed.

In the pension example, if funding problems develop that can be traced to unanticipated compensation changes, the actuary’s work could be criticized on account of failure to use more refined compensation assumptions.

When judging something to be immaterial, an actuary should consider carefully how this might affect those who make use of the work product. It would help protect against future adverse circumstances if the considerations leading to the conclusion that something is immaterial were documented. Where practical, this documentation might be included in the actuarial report. This would have been helpful in the above pension example.

In some cases, the best practice would be to avoid entirely the assumption of lack of materiality. In the first example, disclosure of the potential conflict to the client would have prevented any future problems.

The main test in evaluating materiality is how it might affect users of the actuary’s work and how this might reflect on his or her reputation and that of the profession, especially under future adverse circumstances. An actuary would be wise to anticipate such possible future adversity in performing and documenting current professional work.

RICHARD ROBERTSON, a past president of both the Academy and the Society of Actuaries and a former chairman of the Actuarial Standards Board, is a member of the ABCD.

To read a 2006 Council on Professionalism discussion paper on materiality, go to http://www.actuary.org/pdf/prof/materiality_06.pdf.