THE CURRENT CODE OF PROFESSIONAL CONDUCT was re­leased to the members of the five U.S.-based actuarial organizations on Jan. 1, 2001. In the covering memorandum, the Joint Committee on the Code of Conduct referenced comments received during the exposure process. One such comment was on the term “moral turpitude.”

As stated in the memorandum: “One commenter on Precept 1 suggested adding an annotation dealing with ‘moral turpi­tude’; the Joint Committee believes that Annotation 1-4, as revised, is sufficient to address the commenter’s concerns.”

The current Code of Professional Conduct has 14 precepts. Most of the precepts have annotations, which are de­signed to provide commentary or to act as a critical or explanatory note. Precept 1 reads:

An Actuary shall act honestly, with integrity and competence, and in a manner to fulfill the profession’s responsibility to the public and to up­hold the reputation of the actuarial profession.

An Actuary shall not engage in any pro­fessional conduct involving dishonesty, fraud, deceit, or misrepresentation or commit any act that reflects adversely on the actuarial profession.

So, what does the term moral turpi­tude mean, and how is it handled by the Code of Professional Conduct? One dic­tionary defines turpitude as baseness, depravity, or evil intent. But there does not seem to be a standard definition. Moral turpitude is cited most often in U.S. legal documents in the area of immi­gration law when foreign applicants for permanent residence in the United States certify that they have not been found guilty of any acts of moral turpitude.

It’s assumed that everyone knows what the term means, but even within some legal immigration documents, the definitions can have subtle differences.

You’ll Know It When You See It

I’m reminded of the famous remark by U.S. Supreme Court Justice Potter Stew­art in a 1964 concurring opinion in which he was trying to define the term “obscen­ity” and stated:

“I shall not today attempt further to de­fine the kinds of material I understand to be embraced within that shorthand description [hard-core pornography]; and perhaps I could never succeed in intelligibly doing so. But I know it when I see it.” (Jacobellis v. Ohio)

It’s likely that each of us also knows if a particular act is one that is encom­passed by the term moral turpitude. But not everyone agrees that a particular set of facts warrants such a designation.

Let’s start with a set of facts for which we’ll most likely agree on a con­clusion. If an individual, acting as senior manager for an insurance company, dem­onstrated a lack of honesty and integrity that resulted in the company going into receivership, this would be considered a failure to fulfill a responsibility to the public. If that individual were to be an ac­tuary, and the dishonesty occurred in the course of providing actuarial services, the first clause of Annotation 1-4 would ap­ply and a recommendation of expulsion from the profession would be warranted.

An Actuary shall not engage in any professional conduct involving dishonesty, fraud, deceit, or misrepresentation or commit any act that reflects adversely on the actuarial profession.

But let’s look at other possibilities. What about crimes that lead to conviction and imprisonment, in which the perpe­trator is identified as an actuary but no actuarial services were being provided?

Is the result different if an individual isn’t publicly identified as being an actu­ary? Do the individual’s neighbors and friends know about his or her profes­sional credentials? If so, is this question even relevant?

We frequently hear about “slippery slopes.” In these cases, you start out with a clear position on some set of facts but eventually migrate to a set of facts where it is clear that an alternative answer is the preferred response. If it is clear that an actuary convicted of child molestation should be expelled, where did we cross a line that would say a lower penalty would be justified-conviction for manslaugh­ter, conviction of perjury, conviction for driving under the influence? (In pass­ing, I note some recent employment law cases in which individuals have been terminated 30 or 40 years after lying on employment applications. This is an ex­ample of enforcing an absolute standard.) 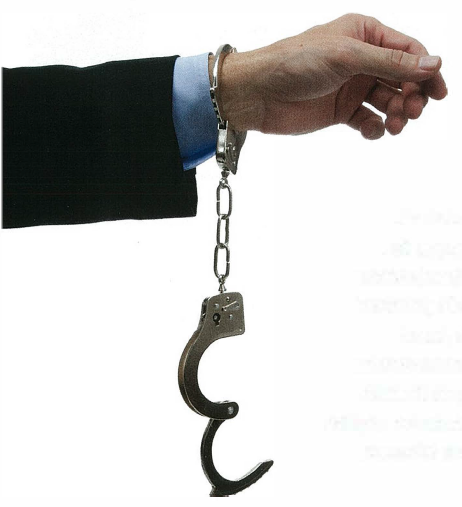 Now let’s add the complexity of when the act involved occurred. If it was recent and the individual is still incarcerated, presumably we might all still be in our comfort zone of accepting expulsion under the Code of Professional Conduct. But what if the act occurred 10, 20, or 30 years ago and only recently was made public? Is the result the same whether or not the individual is currently incarcer­ated or under the supervision of a court?

Is the current wording of Precept 1, particularly Annotation 1-4, sufficient to handle the variety of incidents that may come before the profession’s counseling and disciplinary bodies? The 2001 Joint Committee believed the current wording was “sufficient.” What are your views?

Should we leave the current language alone and let the circumstances of each situation be evaluated as it comes up for consideration, trusting that the review­ing authorities will make appropriate decisions? Or should we clarify the lan­guage to identify all situations that are to be encompassed within the purview of the precept?

For example, should the precept apply only when actuarial services (as defined in the Code of Professional Conduct) are involved? Does the subject actuary have to be identified publicly as an actuary to have the precept apply? Should there be a statute of limitations that would limit the time that action could be contemplated?

It remains likely that each of you will still know what the right answers are to these questions, even though we may reach different conclusions. Per­haps the answer actually is found in the last phrase of Annotation 1-4, where it states, “An Actuary shall not …. commit any act that reflects adversely on the ac­tuarial profession.” The committing of “any act” (whether publicized or not or even whether it is known by the actuarial community) is the actual violation.