BRIAN HAS BEEN EMPLOYED AS AN ACTUARY FOR MANY YEARS. After a long period working at an insurance company, he decided to become an independent consultant. While his private practice thrived, he became concerned that as a sole practitioner, he might be vulnerable to mistakes and incomplete analyses. These problems, though likely unintentional, could result in violations of actuarial standards.

Brian discussed these concerns with other independent consultants in his professional network. A group of them agreed to provide reviews of each other’s work on a regular basis as part of their quality control process. After participating in the reviews for several years, Brian grew uneasy. He was re­sponsible not only for his own work but also, as a peer reviewer, that of others. Too often he had seen what he consid­ered to be subpar work presented for his review. When he shared his comments and critique, he met with a lot of de­fensive responses. He also was not able to follow up to see what changes may have been incorporated in the final work products. In addition, Brian believed that his own work often was given cur­sory review by his peers. 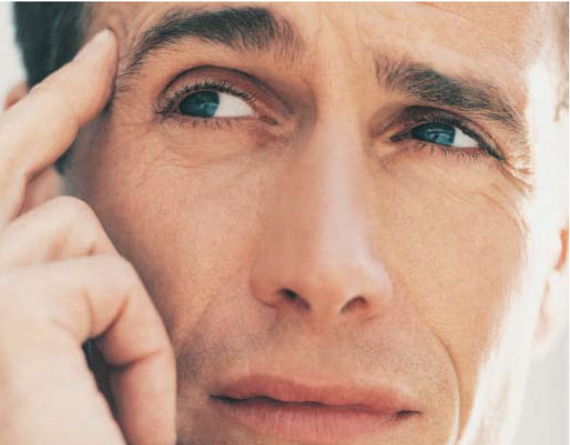 Brian decided to join a large consulting firm, at which he would have a better re­view process for his work. He also would be able to engage with other actuaries re­garding his work and participate in the review of others’ work products.

Things went smoothly for some time. Then the other shoe dropped. He saw a work product that he thought was poorly done. When he informed the author of his issues with the meth­ods and assumptions underlying the analysis, he was told that the report met the firm’s guidelines for work of this nature. Brian’s appeals to senior members of the firm went unanswered. He eventually found out that another actuary had given the go-ahead to is­sue what Brian believed was a subpar report. This apparently was company practice and met the requirements of the firm’s internal peer review process.

As Brian considered his options, the client who received the report in question had the work reviewed by an independent actuary. The independent review found multiple problems with the methods and assumptions underly­ing the work. The client made several attempts to discuss the report-and po­tentially amend it-with the signing actuary. These requests were met with a response that there was extensive peer review within the firm and the report would stand as issued. A formal complaint was filed with the Actuarial Board for Counseling and Discipline (ABCD) by the client.

The subject actuary and the firm responded to the complaint with a de­tailed description of the firm’s peer review process. The use of the ob­jectionable methodology also was defended as common and acceptable practice by this large firm. Some of the firm’s literature, in fact, cited the method as a novel way of addressing the issues underlying the report.

This scenario raises several con­cerns. Among others, what were Brian’s responsibilities, if any, as regards the Code of Professional Conduct when he learned of the company’s acceptance of the poor report? In addition, is the exis­tence of the internal peer review process sufficient defense for the complaint?

These are difficult questions that arise from a complicated matter. Precept 13 of the Code of Professional Conduct states:

An Actuary with knowledge of an apparent, unresolved, material violation of the Code by another Actuary should consider discussing the situation with the other Actuary and attempt to resolve the apparent violation. If such discussion is not attempted or is not successful, the Actuary shall disclose such violation to the appropriate counseling and discipline body of the profession, except where the disclosure would be contrary to Law or would divulge Confidential Information.

An Actuary shall ensure that Actuarial Services performed by or under the direction of the Actuary satisfy applicable standards of practice.

Brian did report his issues to the ap­propriate actuaries within the firm. But should he have gone further? When he discovered that the work was approved by another actuary at the firm and his objections had been dismissed, he was put in a difficult position. After raising objections internally and presumably discussing the work with the signing actuary, did he have a duty to report the incident to an appropriate disciplinary body? The firm had used the ques­tionable method in multiple reports.

There was a defined and documented peer review internal to the firm. These documents would be part of any inves­tigation into the subject actuary’s and, therefore, the firm’s practices. The peer review materials themselves would be considered an actuarial communication and subject to appropriate Actuarial Standards of Practice, requiring docu­mentation. (See ASOP No. 41,Actuarial Communications.) No doubt there were confidentiality requirements involved. Individual client work is likely to be subject to confidentiality agreements that Brian should not breach. With this as a paramount concern, it was not ap­propriate for Brian to presume that he was required to make such disclosures or file a complaint.

Brian was further concerned that his own work might have the type of issues that he noted in the work he had questioned. He joined a large firm to give himself peace of mind that a proper and full review of his work products would be conducted. He now questions that assumption. While he has come to rely on the peer review process, Brian is ultimately the responsible party for any report he signs. He reread Precept 3 carefully.

An Actuary shall ensure that Actuarial Services performed by or under the direction of the Actuary satisfy applicable standards of practice.

This standard states that any work performed by an actuary is the respon­sibility of the actuary. Having someone review his work and indicate that it is fine, therefore, does not absolve Bri­an of responsibility for any errors or questionable assumptions in his work product. The firm may be satisfied that its procedures are followed, but that would not be a defense in any disci­pline process.

Brian called a member of the ABCD for guidance on these issues. They dis­cussed the precepts cited above and the individual actuary’s role in the assurance of a quality work product. Brian was somewhat comforted by the discussion that there may be an oppor­tunity for him to explain or correct his reports, as anticipated in Precept 13. He may be able to resolve any issues with a potential complainant actuary.

While Brian is comfortable with his understanding of the Code of Profes­sional Conduct, he also appreciates the review process at his firm. Though not a guarantee of complete compli­ance, the peer review does provide a comfort level. Brian is reassured that he has a documented process for such review, which he believed was lacking while he was an independent consul­tant with a loosely connected peer review process.

Any actuary should be concerned about compliance with requirements and dependence on a peer review pro­cess. As with most professions, the peer review process is an aid and a potential preventive, but not a shield.

JANET FAGAN is vice chairman of the Actuarial Board for Counseling and Discipline (ABCD) and has more than 35 years of actuarial experience focusing on property and casualty insurance. Now retired, she was chief actuary for Sentry Insurance Co. and served two terms as an elected member of the Casualty Actuarial Society board of directors.